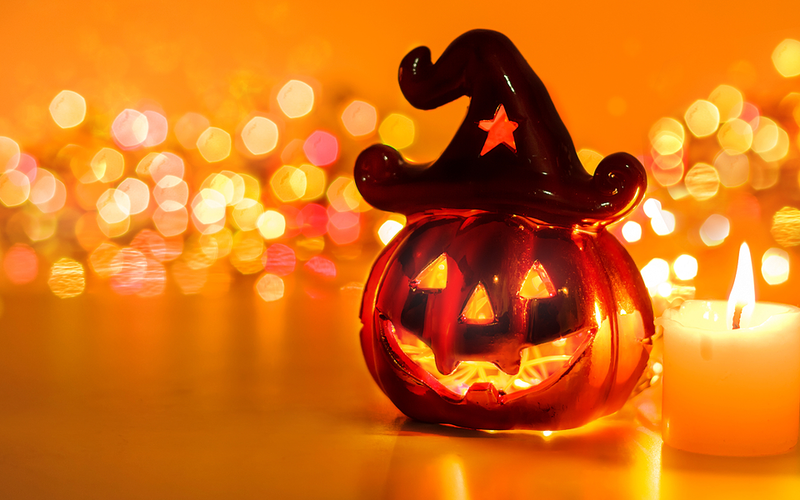 Halloween is just around the corner.  Are you getting ready for it?  Are you curious about the history of Halloween? Many of us spend a lot of time preparing for this holiday by planning costumes and attending parties, but do you ever find yourself wondering about where it all began?  What exactly is it that started this holiday that sees the sale of 25% of all of the candy in the United States annually?

The History of Halloween

As it turns out, Halloween finds its roots buried over 2,000 years ago in the area of the world that is now known as Ireland.  The celebration of Samhain was a celebration of the New Year, which was celebrated on November 1st.  This celebration meant the beginning of Winter, which at the time was associated with death.  According to ancient Celtic beliefs, the line between the living world and the worlds of those that were dead became blurred.  The night before the new year the Celts believed that the ghosts returned to earth to wreak havoc and to allow for predictions of the future.

During this celebration, the Celts celebrated for two days:

How Did Halloween Come to the United States

Halloween was brought to the United States early on, but because of strong Protestant beliefs, was not widely celebrated.  Due to the religious beliefs that kept early Americans from celebrating, the holiday did not become popular until the mid 19th century.  The celebration was brought to the states and became more mainstream with the influx of Irish immigrants that came to the US looking to escape the potato famine. Then, by the late 1800’s, Halloween was turned into more of a community tradition instead of a religious one as children were encouraged to not wear frightening or grotesque costumes.  Over the years, today’s Halloween celebrations have become far more lighthearted than Halloween celebrations of the past.

Today, Halloween has been turned into more of a commercial holiday which sees the sales of 25% off all of the candies sold throughout the entire year. In fact, when it comes to Halloween, Americans spend over $7 billion each year.  Instead of sacrifices and bonfires and treats for the dead, we have parties and trick or treating and Autumn Festivals galore throughout the entire Fall season.

Do you have a personal history of Halloween or other interesting stories to share? Let me know in the comments below!

And if you are looking for ways to celebrate, I suggest you try these 5 delicious Halloween cocktail recipes.  They are sure to be a hit!

Tweet
Pin
Share
← My Amazing Stay at the Parker New York!
Paso Robles Travel Guide: Where to Eat, Drink, Sleep and Have Fun →

10 Responses to The History of Halloween