As a cinephile, I’m always looking for my next favorite film to share with you all. And I found a film that truly entertains with a moving mix of music, dance and heart. Bali: Beats of Paradise is a beautiful documentary featuring Grammy Award-winning artist Judith Hill. The documentary follows Indonesian musician and composer Nyoman Wenten. We as the audience are drawn into Nyoman’s fascinating life. He is a man with music in his soul, who left his humble village to share his passion for traditional Gamelan music with the world.

Over the years Gamelan has been featured in major motion pictures like Avatar and has grown in popularity here in western culture this last decade. Nyoman is an intriguing man who brought Gamelan not just to the states, but also to North Korea. His music truly knows no boundaries, and it’s refreshing to see how music can connect everyone.

Once we break from Nyoman’s history we dive into his latest collaboration with singer Judith Hill, who you might recognize from her show-stopping performances on The Voice!  A newbie to Gamelan, she tackles the music and movements of the Balinese culture with beautiful finesse. Bali: Beats of Paradise is vivacious and full of life! The music is sure to sway you to Gamelan, while the visuals will leave you with an appreciation for an artful music video. And you can tell the director Livi Zheng has an impressive feature film background, as the narrative of the video draws you in. 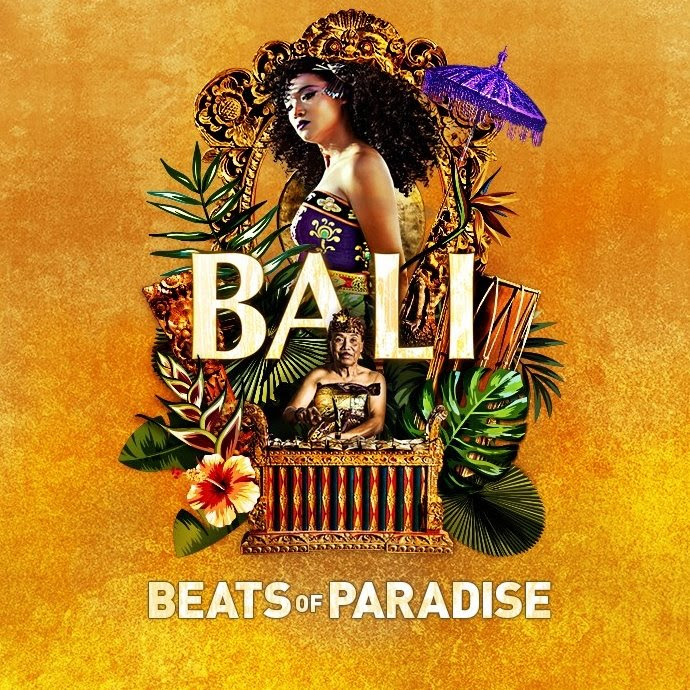 I had the pleasure of speaking with Director Livi Zheng and Star Judith Hill at a press conference. I hope you enjoy this Candid Q + A for inside tidbits on Bali: Beats of Paradise:

Stuart Says: Livi, you’re the director of the film, and you’re also in the film?

Livi Zheng:  I’m the director and I’m a little bit in the film, yeah.

Stuart Says: Judith, everyone might remember her from Michael Jackson’s This is It tour, or from NBC’s The Voice. But Livi, I’m going to go ahead and get started with you.  I know you touched on this in the film a bit. But why don’t you tell us just, in your own words now, how did the subject matter of the film first come to you? Was it the music video first or the documentary first?

Livi Zheng: Okay. So, last year, the Indonesian Consulate asked me to film a Balinese Gamelan concert. So, I said yes because I love filming, I love filmmaking, film is my first love. And when I arrived at the concert, it was a full house and I saw how the audience reacted to the music. And it really inspired me to make this a feature film and make it something bigger. And then, so basically after the concert, I edited it. And then once the concert coverage on YouTube and it got really good feedback, we got press from all over. Internationally, as well. And it got quite a lot of views in a short amount of time and I really felt like, at the time, I have to make this a feature film. So, then I started the documentary, we went to Bali, filmed in Bali and then after that, along the way, I met Judith. So, do you want to talk a little bit about that?

Judith Hill: Yeah. So, I met Livi for interesting reasons. I was also putting together this big show called The Golden Child. It’s a musical that basically brings culture together. I’ve always been such a fan of Balinese Gamelan music and dance and I was looking for unique collaborations where I can infuse different cultures and style. I was introduced to Livi by a mutual friend, we just clicked immediately. And she told me about her documentary and how she’s doing this documentary on Balinese music and was also interested in collaboration between different styles of music so that’s kind of how we came together.

Livi Zheng: Judith became a part of the documentary because I introduced Judith to Wenten.  Wenten is a Balinese dancer all over the U.S., he’s performed in Walt Disney Hall and he’s collaborated with a lot of artists and he also teaches in several universities, including UCLA and Harvard. So, Judith and Wenten met and Wenten has been in the U.S. for 40 years and he’s going to retire. And he wanted to leave a legacy. So then he had an idea to do a music video with Judith and have me direct it and that’s Queen of the Hill. So, he wanted a fusion between pop music and Balinese Gamelan with Balinese costumes and it’s very colorful and everything. And so the music video is already launched, it’s now on YouTube. It has over a million views and the music video Queen of the Hillis also featured in the documentary Bali: Beats of Paradise.

Stuarts Says: I’m curious because Gamelan music was brand new to me and I really don’t know anything about Bali or Balinese culture.  Did you have to do any explaining? Was there any assumption that you were actually talking about Bollywood or anything like that? Was there a lot of educating involved?

Livi Zheng: Actually, Gamelan is Indonesian traditional music but Gamelan has influenced a lot of the pop culture. For example, do you know the film Avatar by James Cameron? It uses Gamelan. The Los Angeles Times wrote about this. And also, the TV show Star Trek used Gamelan, as well. The Nintendo game Mario Brothers also uses Gamelan. So, actually, you probably have heard Gamelan but you just haven’t seen it. A lot of composers use it. Actually, Judith went to college here and she actually learned about Gamelan. Right, Judith?

Livi Zheng: And I wanted to learn it. And they teach it at MIT, they teach it in Harvard, they teach it in UCLA. A lot of schools have it and 49 out of the 50 states have a Gamelan program. But I think if you’re not a composer, maybe you’ve heard it but you don’t know it’s Gamelan. But actually, it’s in a lot of films and everything that uses Gamelan. That’s why I feel like I should tell the story just because it’s a treasure of Indonesia and I want to share this.

Stuart Says: Livi, you have that really lovely segment toward the end of the film where you talk about…the way you featured Avatar and some of the other projects you referenced that incorporate the music, which I thought was really well done. There’s a segment where Wenten references the music he grew up with. I’m curious between the two of you, what kind of music did you guys grow up with?

Livi Zheng: Judith, do you want to start first?

Judith Hill: Well, a lot of soul, classic soul, and funk. I grew up around people like Sly and the Family Stone, Billy Preston. I listened to a lot of Ray Charles and Aretha Franklin but I also listened to a lot of classical. I listened to Bach and Chopin and of course, world music. I’ve always been inspired by different forms of world music, Bali music, traditional Japanese. So, I’ve always just loved a diverse group of musical styles but my first and foremost is always going to be funk and soul.

Stuart Says: Alright. And Livi, what about you? What did you grow up with?

Livi Zheng: So, for me, I grew up in Indonesia and actually, in Indonesia, we have a lot of influence from the U.S. pop culture. So, I grew up watching Hollywood movies and also listening to American pop songs. So, yeah, probably what you hear on the radio here is what I heard growing up. Yeah, the music here is never foreign to me, it’s what we grew up with.

Stuart Says: Great. And so Judith, you just mentioned your love of funk and soul. So, remind everybody where the idea to fuse your genre of music, which is in itself so different, with the Gamelan music. Was it something you and Livi collaborated on and it came to you? Or did you know that early on yourself?

Livi Zheng: Actually, it wasn’t really that long. It was two weeks. It was two weeks because Wenten had to go to Bali and Judith had to go to… You were going to New York? Judith was touring. So, we basically had two weeks to make this happen. So, we recorded the Gamelan and the music and everything. And then we had to come up with a concept, put together the costumes, rehearse the dance. It all happened in two weeks. And then we basically only had one whole day in Joshua Tree. And then the next day, both Judith and Wenten left L.A. I basically only had one shot and one day to direct the music video.

Stuart Says:  Wow. So, other than a tight timeline, what were some of the other challenges in making the video?

Livi Zheng: The whole process was pretty fun but we did shoot in the summer. So, you can imagine Joshua Tree in the summer and we filmed there the whole day. So, it gets very, very hot. And the Gamelan, if you put it under the sun too long, it may crack and there’s only one of these Gamelan that we have. So, when we transported it, it took three hours to transport it here, it’s like a whole… Gamelan is an ensemble so you cannot just use one and so you have to bring the whole ensemble that consists of a whole bunch of instruments to Joshua Tree. So, we transported them with a truck and it took three hours. Then when we started rehearsal, we kind of wanted to make sure that the Gamelan doesn’t crack so we have to put it in the shade and keep moving it back to the sun when we need it. And then, we have to move it back to the shade. So, there was the worry that the weather could cause the Gamelan to crack, so that was hard for people to be out in the sun that long. So, we had a lot of water and everything. But otherwise, it went pretty well and it was really fun and it turned out really good. We have over a million views so we’re really happy about that.

Stuart Says: Everyone looks so beautiful in the video. You’d never know it was hot out. What was it like for you guys to be working on the documentary and the music video at the same time?

Livi Zheng: I think both the documentary and the music video kind of goes together. And it also goes together with Judith’s show The Golden Child that’s actually launching in December. It was just great because it started from one thing, just a casual introduction, to something bigger. And also now the film is officially competing for the Academy Awards. The rep just told me about it this week. So, it was pretty great because we just met casually and then now we have three projects basically together. So, it’s really great, in one year. So, yeah.

Stuart Says: Fantastic. And congrats on your world premiere at the Motion Picture Academy! It looked like an exciting night!

Livi Zheng: Yes! There was live music, dance, and then the screening and Q&A after that. And then we also had a New York premiere on Tuesday, November 13. 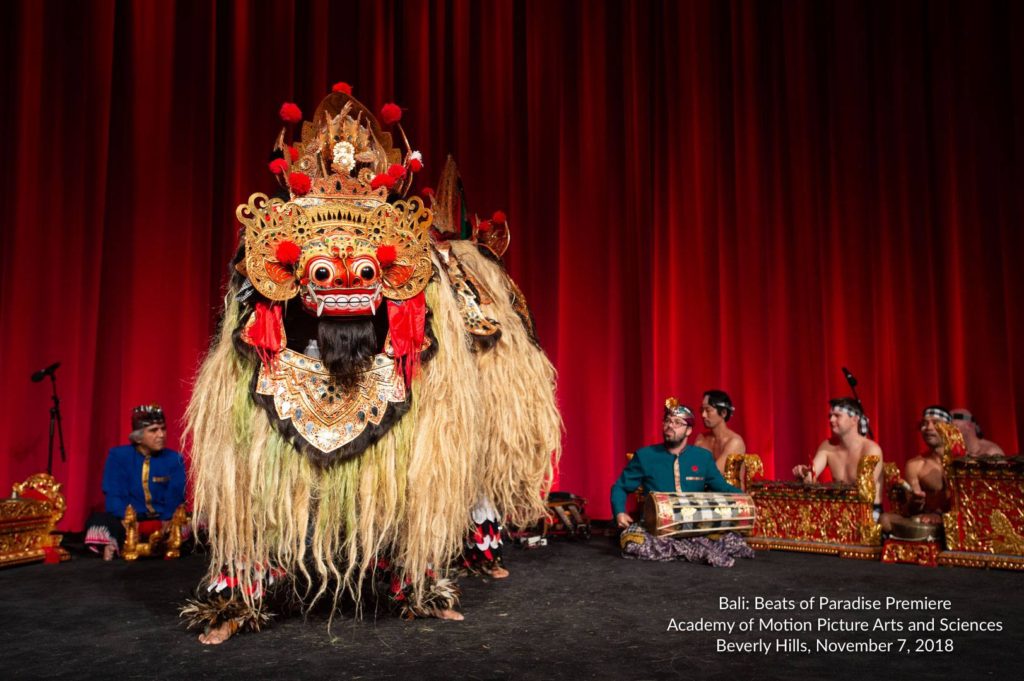 I hope you all take the time to check out this beautiful documentary! If you live in Los Angeles, Bali: Beats of Paradise is currently playing at Laemmle’s Music Hall 3 and the Downtown Independent.

I can’t wait to see what’s next for these two! You can catch the trailer below:

Tweet
Pin
Share
← 12 Game of Thrones Gift Ideas for Any Superfan
PayPal Cash in and Cash out Services at Walmart Is a Game-Changer for my Finances! →