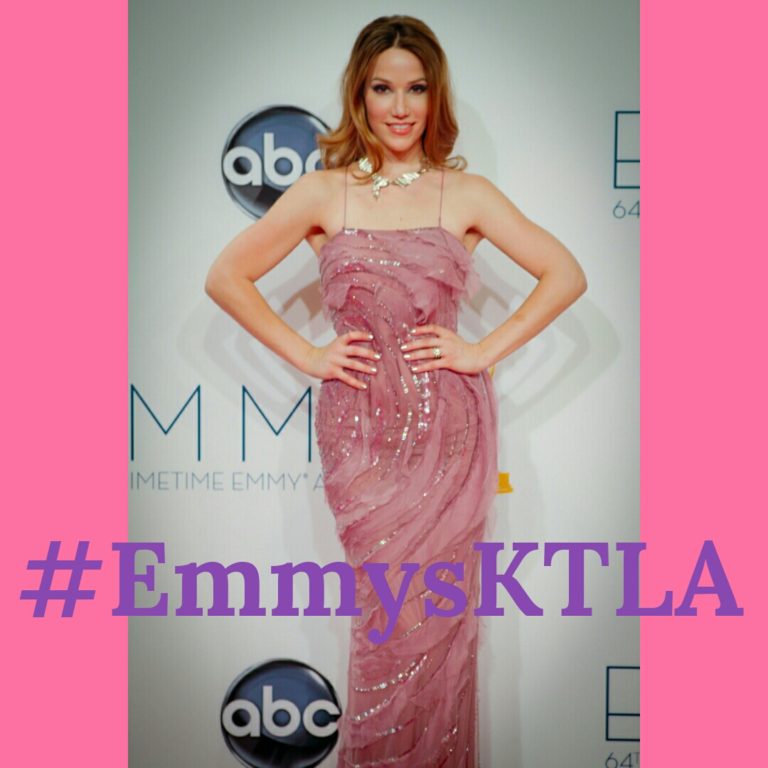 I am BEYOND thrilled to officially announce I’m joining the talented team at KTLA as the Social Media Correspondent for Live From The Emmys this Sunday, September 18th!  I’m so looking forward to working with the fabulous Sam Rubin, Jessica Holmes, Lawrence Zarian and the talented KTLA team!  The show will air from 3 – 5pm PT nationwide in the following cities:

I will also be live in Los Angeles on KTLA 5 News at 3pm pt this Wednesday and Friday dishing on the fun social media action leading up to the big event and what to expect this Sunday!

UPDATED – Here you can watch one of my live segments!

I’ve spent the past couple of months producing the digital Emmy Quickie series for TheWrap.com where we predicted who would be nominated this year, so I’m honored to get to complete my journey in the Winners Lounge this Sunday.

Who are you rooting for and excited to see at the 2016 Emmy Awards? Tweet me using the hashtag #EmmysKTLA and let’s start the conversation!  I’m cheering on the talented Kerri Russell who is nominated for her role in The Americans for Outstanding Lead Actress in a Drama Series.  I’m also torn between Master of None and Silicon Valley for Best Comedy Series – there is just so much good TV!  And of course I’m 100% behind Unbreakable Kimmy Schmidt’s Titus Burgess to take home Outstanding Supporting Actor in a Comedy Series.  We recently filmed an episode of Drinking with the Stars with his famous pinot noir and had the best time.  You can watch it here and be sure to tune into KTLA this Sunday at 3pm PT!