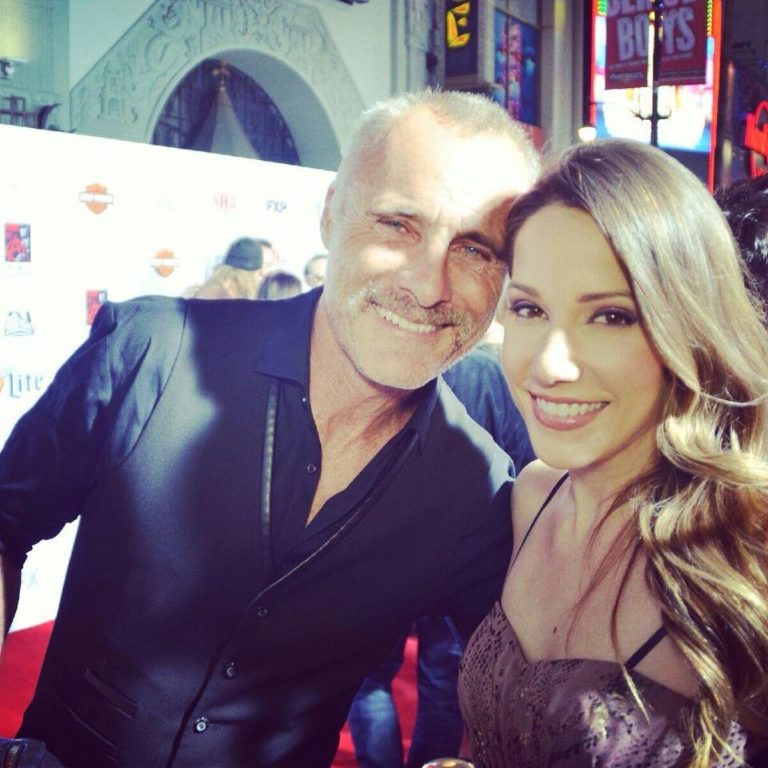 Tonight is the beginning of the end for Jax Teller and the Sons of Anarchy as they gear up for their final ride.   For die hard fans of the show, this is absolutely a bittersweet moment with high expectations in anticipation of tonight’s huge premiere!

I discovered SOA this summer, binge watched all 6 seasons and just finished the roller coaster season 6 finale.  Granted the sex appeal and acting chops of Charlie Hunnam are a huge part of my newest addiction ( I admittedly cross my fingers every episode for a shirtless Jax scene), but I truly feel invested in these characters! So when I saw Katey Segal on the red carpet for their season 7 premiere, I almost lunged at her!  Once I gathered myself, I couldn’t help but smile and enjoy the happiness beaming through the cast members (even those who had been killed off).

This cast truly loves each other and really does feel like a club!  Also, it is clear that there is SO much love for star Charlie Hunnam and creator Kurt Sutter.  I have a feeling when production ends, these guys will still be spending a lot of time together.

Here’s what we know about this season so far:

Marilyn Manson and “Glee”‘s Lea Michele, and Courtney Love will all guest star.

Jax (Charlie Hunnam), is out for blood and will enlist his brothers to avenge the murder of his wife Tara. However for those of us that watch the show, we know that the murderer is his own mother, Gemma (Sagal), who, thinking she was protecting Jax, repeatedly stabbed Tara in the head with a carving fork.  I’m tearing up right now picturing Jax holding Tara’s lifeless body.

I also know from speaking with the cast this past Saturday in Hollywood, they are all ready and hope to go out in a blaze of glory!  You can watch all my interviews right here:

After breathing the same air as Charlie Hunnam, I left the premiere on an absolute high! I also met my other SOA crush, actor Timothy V. Murphy who portrays Irish King Galaan O’shay (until last season that is).  What a hottie!  And his date was a gorgeous blond in her twenties, no surprise there 🙂

Last year’s episodes of “Anarchy” each attracted an average of 10 million viewers, making the series the most popular on FX.

The final season of “Sons of Anarchy” kicks off Tuesday at 10 p.m. ET on FX

I’ll be tweeting! Who else is ready?!